Transistors, although complex, can be understood with a few practical examples. The CPU of a computer is its brain. Transistors can be likened to brain cells. In a square of a quarter of an inch, the CPU can have trillions of transistors. The CPU follows the instructions provided by computer programs. These programs instruct the CPU about which data it must process and how to do this.

The instructions given to a CPU are in a binary form. This simply means that it has two options, a zero and a one. The transistor acts as a binary switch. It is made of nonconductive or conductive material. When it does not receive instructions, it either lets current flow or prevents it from flowing. As soon as it receives voltage, it changes its state.

The Two Functions of a Transistor

A transistor has two functions. Firstly, it acts as a switch, operating much like a light switch with two modes – on and off. Transistors can be individually activated (turned on) or deactivated (turned off) by computer code in binary.

In electronics, electricity is managed by electrons (parts of an atom). Transistors control how electrons move. 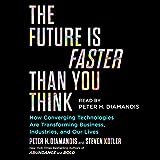 The Future Is Faster Than You Think: How Converging Technologies Are Disrupting Business,...
$21.43
Buy on Amazon

Secondly, it acts as an amplifier or booster. In the latter function, it increases the strength of a weak signal when it receives an electric current and turns it into a strong signal providing it with the power to raise the volume and prevent distortion in audio, for example.

The Process of Making a Transistor

Silicon is used to make transistors. This chemical element is a semiconductor. Electrons can move easily through a conductor such as copper, whereas an insulator like rubber does not let electricity flow through it. To enable silicon to let electrons flow more readily, other elements (e.g., phosphorus) are added to it. This gives the silicon some additional free electrons carrying an electric current. This form of silicon is called n-type because it has a negative charge. Electrons flow out of it.

Or we can add other elements (e.g., aluminum) to silicon, reducing the number of free electrons. This form of silicon is called p-type because it has a positive charge. Electrons will flow into it.

When the n-type and p-type silicon are joined together in layers, all sorts of electronic components can be manufactured. By applying current, electrons will flow out of the n-type and flow into the p-type and out the other side.

Once we reverse the electric current, no electrons flow. This gives us a diode that can convert alternating to direct current. This technology is used in items such as calculators. The three transistor parts are the base, emitter, and collector.

A logic gate is the method a computer uses to make basic decisions. This is based on a type of mathematics known as Boolean algebra. It makes three types of decisions based on: AND (If X and Y are true), OR (If X or Y is true), and NOT (If neither X nor Y is true).

A flip-flop is an electronic circuit that has two stable states, which can then be utilized to store binary data. When current is applied it flips from on (one) to off (zero) or vice versa. This allows the transistor to act as a storage device. This is the basis of computer memory chips. 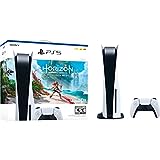 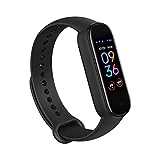