I am going to do a review on different masks and bandanas that I own. so first things. First, I’ve wanted to buy like those face masks so that I can go to like shows and fests and stuff and cover my face because  I’d be ugly. I was looking at like all the websites online, and all those rave websites and those pipe boys are mad expensive.

My personal Collection of Rave Masks and Bandanas

So I found the face mask that I was looking for along with the face bandanas. The prices were around like 20 bucks on Amazon, and I did not like the mask, but it was for 14.95 with paid shipping. But then I bought these masks, through Purge Culture and I got them for 18 bucks. Let me show them to you.

First, we have this one. It is giving me like purge vibes, okay, I don’t know if I want to put them on because then I’m going to mess up my makeup, but I guess I have to. So I like how this one looks. This is a pretty badass and is giving me purge vibes.

Bandanas- My favourites and why are they necessary at festivals

Next one when I found them on Purge Culture, I thought they were going to be like crappy quality. I thought they were going to be like so bogus, but it’s pretty good quality. This is the first time I’ve ever owned this kind of bandana mask, so I wasn’t expecting them to be like stretchy. I don’t know what I was expecting, but that was not it, and I’m obsessed with these, like the texture and just the quality of them. The fact that they’re stretchy like it’s just perfect.

I was leaving when I saw them. They were up on my front door, and I was going to my cousin’s house, and I took them with me, and I took a picture with all my cousins wearing this one’s cute too. I was like- I’m ready now.

Masks should be Cute and should match your outfit

I wear like my bathing suits and like fishnets, and that’s it because others are so damn expensive. Already the tickets are expensive, why are the clothes going to be costly as well? It sucks, but your girl’s still going to buy it.

So alright, the next one is giving me the galaxy Vibes. It has purple, blue teal, I think a little bit of pink, but it also has a constellation. Well, it looks like constellations. I cannot wait to wear these. The only thing, though, like it gets hot at those shows and stuff like that, so I’m not going to be able to breathe. It gets crowded too.

This one has the hamsa hand. I think that’s how you say it. I guess I’m going to give this one away, though, because it’s like it’s against my religion, not so much against, but like I’m Christian, so I can’t be like wearing this. If that makes any sense, I’m sure you guys get it. I can’t wear this, but it’s so cute.

I’m so excited for these, this one’s pretty nice, and I like the fact that there’s like a lot of different designs that they come in like bundles like that because each is like ten dollars itself. So all of this together I pay ten dollars, which is a deal. It has roses; it’s pink burgundy, pastel pink. I don’t know how I would wear this one or where to I try to like the way I dress for shows and like festivals. I try to go with like the theme of it, so like when I go see Don Zimmer. I’m going to wear purple.

Pashminas a good option at festivals

The last one honestly, I think this one’s my favourite because it’s cute. Well, I don’t have a preference, but this one’s cool. It’s a cat throwing up a rainbow. That’s so cool. So that was it from that order. I also ordered something else. I ordered a pashmina online. I had been going to the mall to try and find a pashmina because they were selling them at the mob at my house for like 15 bucks. I was like okay- so I go, and then they didn’t have any cute ones. So then I go on the Amazon, and I found this rainbow one this one. I paid $ 10 as well, and it isn’t beautiful honestly, as I thought so, like the picture that it shows. It’s a lot more vibrant than I expected, and I was expecting it to be like that because I want bright like vibrant, rainbow colours. 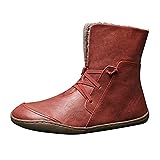