What is Agave and Why Should I Use It?

It is likely that you have heard of agave given its continually increasing popularity and coverage. However, many people may not know what agave actually is, or know it simply as “something involved in making tequila.” While tequila is certainly a popular—and appreciated—use of the plant, it is far from the only application.

The agave plant is a large and fibrous plant native to central Mexico, although it does grow in other regions of Central and South America. In appearance, the agave looks like a larger cousin of a pineapple. However, unlike a pineapple, the agave plant can grow to over seven feet tall and weigh up to two hundred pounds.

When it is harvested, the agave plant is stripped of its spiny outer leaves to reveal the inner core. This central heart of the plant is where the agave nectar is located. The nectar is the primary motivation for cultivating agave plants. If the end goal were the aforementioned manufacturing of tequila, the nectar would be mixed with water, fermented, and distilled. But there is so much more that can be done with this superb substance!

Agave nectar is often refined into syrup—the best of which is organic. This syrup is widely available as Organic Agave Nectar. Agave nectar resembles honey in appearance but has an extremely unique flavor and numerous distinguishing attributes. Agave has a deeper flavor which some describe as slightly herbal in nature. The taste is subtle enough to blend well into any given dish but also pronounced enough that it can provide an interesting new flavor profile when used as a sweetener in a recipe. 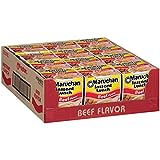 Is it Healthier Compared to Traditional Sweeteners?

In short, yes! Agave has a myriad of health advantages over other sweeteners. One of the most pronounced advantages is one we have already mentioned: the taste. Agave nectar is sweeter and more flavorful than sugar or corn syrup. This causes you to need less to achieve the flavor you desire. This means that it is not only healthier but more economical as well.

Another aspect which makes agave a healthier choice is its natural and organic nature. Many sweeteners on the market today use genetically modified organisms (GMOs) to artificially enhance their sweetness or lower their cost. Further, other sweeteners are often farmed with harmful pesticides or other chemicals. Agave sourced from a reputable source and labeled as organic will be free from these chemicals and GMOs.

Compared to other sweeteners, agave is also much lower in carbohydrates, making it an excellent alternative for anyone on a low-carb diet. But the health benefits go farther: due to its natural and organic nature, your body responds much more favorably to agave nectar. Agave has a naturally low glycemic index; its glycemic index is a mere 17, compared to a typical glycemic index of 68 for regular sugar. This large delta makes agave preferable for those with diabetes, or anyone simply looking to consume less harmful sugars.

How Can I Use Agave?

One of the best aspects of agave nectar is its superb versatility. Generally, any recipe which calls for sugar, honey, or any other sweetener will be a fantastic candidate for agave nectar. For example, try making your favorite cocoa or hot chocolate recipe with agave nectar instead. It will not only have a subtly new and tantalizing flavor, but it will be healthier at the same time.

Agave is also an excellent addition to your baking repertoire, albeit with a few modifications. As previously mentioned, agave nectar is naturally sweeter than sugar and contains more moisture. Thus, to incorporate agave nectar into your baking, simply use 2/3 cup of agave instead of 1 cup of traditional sugar. Further, you might find that reducing other moisture in the recipe by 1/4 cup or so will even out the moisture levels.

It’s Delicious, It’s Available, and It’s Good For You.

As agave becomes more and more readily available, its applications will likely only increase. Unlike so many other healthier alternatives, agave nectar represents a no-compromises solution for anyone looking for a healthier alternative to sugar. If you are on the fence, simply order some or pick some up the next time you are at the store. Once you discover agave’s plethora of uses, you will wonder how you ever went without it.