As Gross described in his article that People are very frequent in use of media and modern technologies in communication at home or at work and feel hard to survive in the absence of modern means of communications. With the advent rapid new technologies; digital societies are shaping all across and people are relying mainly on these resources from information, education, and entertainment to social interaction. The same are shaping social attitude in dealing with each other. (Gross, 2009:68) The reformed digital cultures and multi resources of communications have severe effects on human beings especially on children; who have the immediate capacity of learning. Technologies usability among youngsters and adolescent such as TV, Internet, mobile phones is common particularly in developed countries. (Kress, 2003)

In the contemporary issues, the frequently repeated question is about modern society and relationships between human beings. Technological revolution brought a wide range of concern to investigate and one of the vital aspects of scholars’ interest is modern media and its effects on children. The specific focus of researchers is on the negative impact of technology on children’s behavior i.e. violence and aggressiveness. 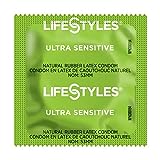 Modern technology that is targeted towards children, mobile phones with application and internet connection may affect children in both positive and negative ways. Technology itself not a bad thing; somewhat, it is the way of technology that effects children’ behavior who consume it. (Kirsh, 2010:3) Children are more like to use of modern technologies especially mobile phones with applications. These types of technologies emerge in children quickly for social communcation.

In this respect, the international distribution of media has doubtlessly promoted the emergence of global children’s culture that exceeds national and cultural differences. Hence, some have accepted these developments as manifest of a growing ‘global consciousness’ among the youngsters.

As emerging of new technologies the new media has participated in children’s learning perspective as well, in spite of this when children use these kinds of technologies (mobile phones with applications and having internet connection with Wi-Fi access) their attitude change. It is believed that violence does account for major causes of children’s aggression in their behavior, and it is also true that some children are a more likely to be affected by such a violence that is often shown in video games. The effect of violence leads these children more aggressive in their attitudes than otherwise.

The “effects of modern technologies (e.g. mobile phones with various applications embedded using via Internet with Wi-Fi connections in their homes and away) on the behavior of children”. The recent researches on the usability of internet and associated risks, safety and literacy and harmful effects of the internet include: Sonia Livingstone, Haddon, L. Görzig, A. and Ólafsson, K. (2011) and many other researches of effects of video games impacts, conducted by Dill & Dill, 1998; Griffiths, 1999; Anderson & Dill, 2000; Sherry, 2001. These researches explored significant difference in experience ranging from the 9-10 years old children up-to 15-16 years surveyed. Usage of internet as commonly available now with cellular services might itself be risky for the children they surveyed. There are several other associated risks with the technology orientation for children as during the interaction with different available means such as mobile, internet or video games, they can get in to incidental learning process or intensity of message or content might influence their learning, attitude and general conduct.

It is accepted truth that modern technologies do account for all causes of children’ aggression and it can be perceived that some children are a great deal more likely to be affected by change shown on internet and using mobile phones than others children. Moreover, the effect of violence leads these “at-risk” children to be even more aggressive than the others normally behave and not frequent user of modern gadgets. This fact makes them, and the violent content of video games, worthy of our attention. The learning ratio of digital literacy is also greater in those students who are using these technologies, which means that coming young generation may have a blend of digital culture.

Lifestyle
Bring The Excitement Back Into Your Relationship With These Romantic Tips
Posted onJune 29, 2022 55

Entertainment
3 Things That Can Go Wrong at a Wedding and How to Prepare for Them
Posted onJune 28, 2022 42

Lifestyle
The Dos and Don’ts for Getting Dressed on Your Big Day
Posted onMay 6, 2022 65