Miami is one of the United States’ most popular cities. With its sandy beaches, beloved sports teams, and reputation for good times, it’s long been one of the country’s most attractive destinations. With 2017 well underway and the summer about to heat up, here are 10 reasons why you should visit Miami.

If there’s one thing Miami is known for, it’s its amazing beaches. Miami is located right along some of the world’s most gorgeous locales, like the Bahamas, Cuba, and the Dominican Republic. Being in one of gorgeous places in the world, it’s no wonder that Miami’s beaches are pristine and wonderful to take a dip in.

Being in Miami can sometimes feel like traveling to another country, or even another time. The city is popularly known for being built in a long unused architectural style known as Art Deco. Popular in the early 20th century and used in places around the Caribbean, that Art Deco style in Miami is colorful and eye-popping.

Miami has a reputation for attracting some of the most beautiful people in the country. It’s almost a necessity to have a beach body when you live in Miami, and you’ll find people of all races and nationalities mingling on the sunny surfside around the city. 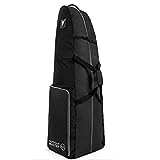 Miami is a great place to walk around and get your exercise in, but there are also plenty of amazing vehicles that are owned throughout the city. Miami is a place that loves its cars, and you’ll see highly modded vehicles and classic rides parked along the walkways.

Miami is home to some of the most storied sports franchise in the country. In football, the Miami Dolphins are the only team in NFL history to have ever gone undefeated through a season and win a Superbowl. The Miami Heat hold court for the NBA and continue to dazzle and amaze residents with their superior athleticism and skill.

Shopping in Miami isn’t like shopping in other cities. It’s one of the mall meccas of the country and features stories that appeal to all kinds of guests. Better yet, there’s plenty of beachside shopping to be done as well. Imagine doing your daytime shopping while enjoying the crisp ocean breeze and picturesque views of the ocean. That’s what make Miami special.

Miami attracts people from not only throughout the United States but the surrounding Caribbean. This mixture of people has birthed an amazing food scene. Fresh fish is fetched right out of the ocean, Caribbean jerk chicken is cooked up for guests, Spanish tapas are taken table side, and Cuban dishes are served in the same style as they are back in Cuba.

There are plenty of cities in the U.S. where it’s difficult to exercise, largely because the weather won’t cooperate. That’s not true in Miami, where beautiful weather around the year makes it easy to get out and get active. The city makes this easier with its hundreds of parks, its love of water sports, and the many beachside activities that happen on a daily basis.

Miami’s convenient location right along the Atlantic Ocean means you’ll be able to set sail whenever you want. The Port of Miami offers many tours and cruises that will take you out to sea. These boat rides are perfect for visitors and residents alike. Along the way, you’ll find all sorts of sea life making the surrounding seas their home.

Miami is definitely one of the country’s parties cities. It’s ranked among the best place to party, features DJs from around the world, and hosts bands playing music from throughout the Caribbean. If you’re looking to spice up your nightlife, Miami is the perfect place to visit.

The Secret World of Lego
Buy on Amazon

Most Popular in Travel

Lifestyle
How to Keep Foods and Drinks Cold While Camping?
Posted onApril 14, 2020 601